Who Are We, Uncivilized? 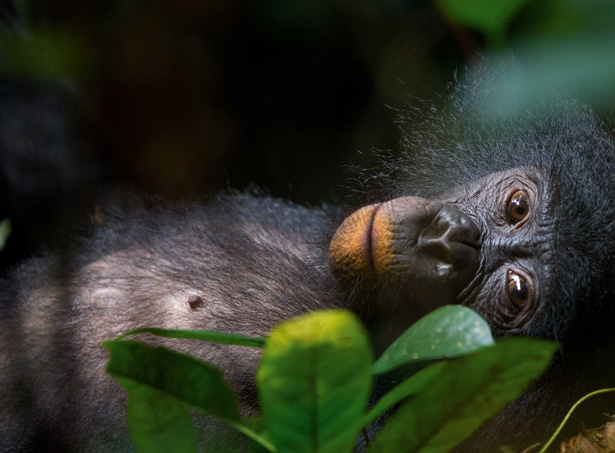 Once I’ve finished my three-part series on complexity for Shift magazine, explaining why our energy, economic and ecological systems are headed inevitably for collapse, I’m proposing to write a series of speculative stories for the magazine on what life might be like for humans after collapse.

Many authors have written about life during or shortly after collapse, and most such stories are dystopias. But I think it would be more inspiring to write about life a few millennia in the future. In order to do that, I think I have to get a sense of what humans are really like, underneath the trappings of civilization, liberated from its programming, its homogenizing, colonizing, poisonous, domesticating, addictive, inhibiting influence.

Anarchist writer Wolfi Landstreicher gave us some clues, when he wrote:

We want to live as wild, free beings in a world of wild, free beings. The humiliation of having to follow rules, of having to sell our lives away to buy survival, of seeing our usurped desires transformed into abstractions and images in order to sell us commodities fills us with rage. How long will we put up with this misery? We want to make this world into a place where our desires can be immediately realized, not just sporadically, but normally. We want to re-eroticize our lives. We want to live not in a dead world of resources, but in a living world of free wild lovers. We need to start exploring the extent to which we are capable of living these dreams in the present without isolating ourselves. This will give us a clearer understanding of the domination of civilization over our lives, an understanding which will allow us to fight domestication more intensely and so expand the extent to which we can live wildly.

Could we live this way, if we dispensed with civilization culture? What will we be like when we’re feral again?

I’ve done a lot of reading, of late, about indigenous tribes relatively untouched by civilization, about feral children who grew up without the mental programming of language in their neural circuitry, about bonobos and chimps and baboons and other close relatives of our species, and about prehistoric human societies, to try to answer this question. The bias, and blindness, in most of these accounts is astonishing and unsettling, especially since some of them were written quite recently. But setting that aside, here are, I think, some of the qualities of feral humans — the humans who will represent our species when civilization is gone and forgotten. Our descendants, I believe, will:

One of the qualities that characterizes almost all human stories is the positive transformation of a sympathetic protagonist, and/or a situation, usually through adversity. Stories, we are told, must have struggle, conflict, drama, and progress, or they aren’t interesting, aren’t ‘stories’ at all.

I have a big problem with this argument, which strikes me as unthinking literary dogmatism. Mystery stories, for example, generally have as their essential element a problem to solve rather than a conflict to resolve, and this problem-solving doesn’t require adversity, transformation, or struggle. They are puzzles, and they can also be great stories.

Likewise, although modern comedies too often stoop to mindless ridicule, and get much of their energy from the reader’s or viewer’s loathing of obnoxious characters, the best comedies, I think, are gentle, witty, and teach us things in an engaging way that doesn’t manipulate, doesn’t disparage, and, basically, doesn’t have a lot of drama. Yet they are still great stories. (Two of my favourites are Annie Hall and Noises Off.)

My favourite TV series is Aaron Sorkin’s comedy Sports Night, where unexpected and only occasionally unfortunate things happened to its mostly sympathetic and quirky characters. What made this series great for me was the dialogue, which was witty, human, engaging and resonating. The characters talked about their feelings, their fears, their doubts, their beliefs, what they were passionate about, and why. Watching it was like meeting new, wonderful friends.

So I’m inclined to make my stories, set in a future as distant from today as the era of the great pyramids, about feral future humans with the six qualities above, and have those stories be a mixture of mystery and comedy.

This will be a huge challenge. Somehow I will have to relate my stories’ characters’ feelings without the use of dialogue, by describing what they do and how they look — their body and facial ‘language’ — and by conveying what they’re feeling by getting inside their non-verbal heads and describing what’s happening there. I want to do that in a way that’s not forced or difficult for the reader — so I don’t want to invent yet another ‘language’ and make my readers learn it. And I know the English language is inadequate for the task, limited as it is to the purposes of control, instruction and patriarchy for which it was designed. It may be that these stories will have to be conveyed as plays or films, rather than in text, to increase the tools I have available to do this.

What I may have to do to accomplish this, is to bring together a group of actors, and have them co-develop with me a set of possible gestures, expressions, and representations of how an intelligent creature that is more intuitive, perceptual and holistic and less ‘literal’, logical and conceptual than modern humans might think and communicate.

I think this will be provocative and interesting enough for the audience that there will be no need for a lot of drama or struggle for the characters. I want to explore what makes these future feral humans laugh, what brings them joy, how amazingly diverse they will be in the absence of a homogenizing culture. I’m a great admirer of mystery stories, so I’d love for the story to revolve around a mystery. A mystery great enough to transcend the millennia between astonishingly different cultures. And one that guesses at what we humans will be like when we’re feral again. I think this would make a great, if highly unconventional, story. But damn, it will not be easy.

10 Responses to Who Are We, Uncivilized?