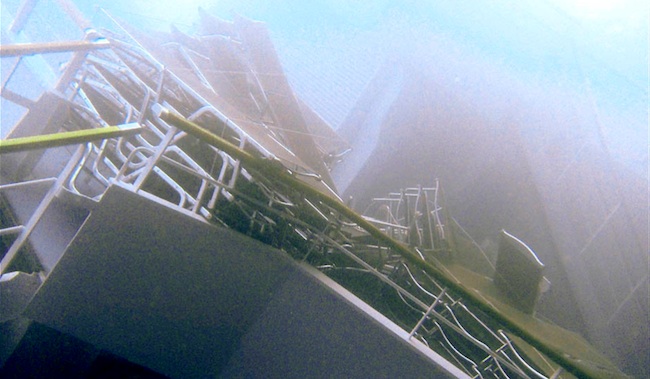 George Monbiot’s latest article (thanks to PS Pirro for the link) claims that not only have large corporations come to dominate all aspects of our economy — oligopolies controlling every major industry sector, media, politicians and schools doing their bidding etc. — these corporations have now wrecked democracy everywhere, and replaced it with corpocracy, where executives and wealthy shareholders make all important political (and military) decisions in so-called democratic countries. Excerpt:

The role of the self-hating state is to deliver itself to big business… I don’t blame people for giving up on politics. I haven’t given up yet, but I find it ever harder to explain why. When a state-corporate nexus of power has bypassed democracy and made a mockery of the voting process, when an unreformed political funding system ensures that parties can be bought and sold, when politicians of the three main parties stand and watch as public services are divvied up by a grubby cabal of privateers, what is left of this system that inspires us to participate?

It’s a great rant, but it doesn’t tell us anything we don’t already know. This imbalance of power and wealth is largely what lay behind the Occupy movement and its sister movements around the world. But that imbalance is self-perpetuating. The situation Monbiot describes wasn’t the result of a calculated plot to control the world. In fact, no one is in control. No one wants to precipitate the inevitable economic, energy/resource and ecological collapse that the current status quo is leading to. These systems are the net sum of all of our actions, decisions, desires and beliefs. We can no sooner change their direction in any quick, fundamental and enduring way than we could have changed the direction of the Titanic, or the Exxon Valdez. Too much momentum, too complex a system with too many variables, no possible levers of control.

If we did suddenly redistribute wealth and power from those who have to those who have not, it would be the proverbial rearranging of the deck chairs on the Titanic. There are no lifeboats to somewhere else on our horribly overpopulated Spaceship Earth. The people who suddenly acquired more wealth, income and power would be no less interested in keeping the systems that produce it going, despite the horrific costs and against all odds, than the current cabal.

So while I’m sympathetic with those who find our growing inequality egregious and even obscene, in a few decades it’s not going to matter anyway. There is no place to hide from what we have wrought, no matter what one’s wealth or influence is. How much time and energy is worth spending in the short term to reduce inequality? That depends on your belief in its short term success. Or the ferocity of your belief that such work is worth doing as a matter of principle, even if it has almost no chance of success.

Would it make sense to spend that time and energy instead in direct action, working to bring about the collapse of the destructive industrial growth economy sooner? Same answer: That depends on your belief in the success of such actions, or your belief we should do it on principle anyway. I think there is fairly compelling evidence that this would lessen, rather than increase, the suffering of creatures, human and not, if it were possible. I also think that, because of the Jevons Paradox and other aspects of how complex systems work, such actions may well be futile.

Or you could spend that time and energy instead just making the world of those immediately around you better, in the moment, every day, through a thousand small sanities. That might require more non-attachment than most of us are capable of, to avoid getting sucked back into the fight against inequality and/or the industrial growth economy.

I’m not sure we have the choice to decide between these three approaches. We each make sense of injustice, and of outrage, and of grief, in different ways, and it’s not a rational process. But for me at least, talking about it seems to help.

underwater photo: by the Italian Coast Guard/AP, of the sunken Costa Concordia

4 Responses to Rearranging the Deck Chairs