The Only Life We Know (edited repost)

This is a tightened-up version of a (completely fictional) story I wrote in 2004. Still not entirely happy with it, but I can’t let it go. 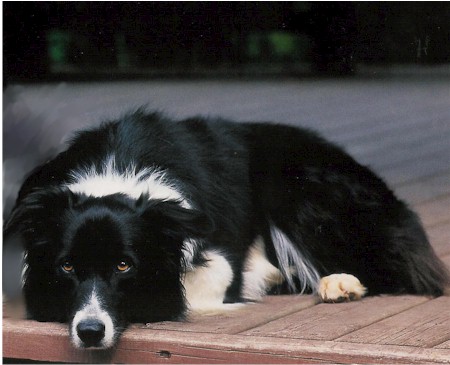 A while ago I was sitting in a hotel bar and the guy sitting beside me asked the bartender to switch the big-screen TV to the local news channel and turn up the sound. He did, and we watched the news, which ended with a human interest story about a dog named Lucky.

The story was a followup to a story earlier in the week which reported on the rescue by the SPCA of a dog that was found in the ditch of a rural road, howling, emaciated and mud-soaked from recent rain, with his legs tied together with wire. The SPCA had taken the dog in, fed him, healed him, cleaned him up, given him the name Lucky, and attempted to find out who could have done this to such an affectionate and absolutely adorable dog.

It turned out that the dog was owned by a man who’d bought it for his girlfriend. They’d broken up shortly thereafter, and she moved out, leaving him with the dog. Because he worked long shifts and the dog barked incessantly when he was away, he tried to find another home for the dog, and when that failed, he took the dog in his truck into the country, three times, and abandoned him there. Each time the dog raced after the fleeing truck and somehow found his way back to the abusive man. The fourth time the man took him to a more remote place and tied his legs so that wouldn’t happen again.

Because of the news coverage, there was a tremendous outpouring of support for the dog. Over 100 people volunteered to adopt him, hundreds made contributions to the SPCA, and good homes were found for other cats and dogs in the SPCA’s care. So, the newscaster concluded, the story had a happy ending.

The man sitting beside me turned to me and expressed amazement that the dog was so loyal and brave that he kept coming back to the abusive owner.

I responded that the dog probably ran past many houses that would have provided a much better home for him, because life with the man was the only life he knew. He didn’t know how to fend for himself and couldn’t imagine there was another way to live.

The man beside me said he was glad that at least it ended well and that the SPCA’s name for the dog was really appropriate — he really was a lucky dog.