this is a work of fiction 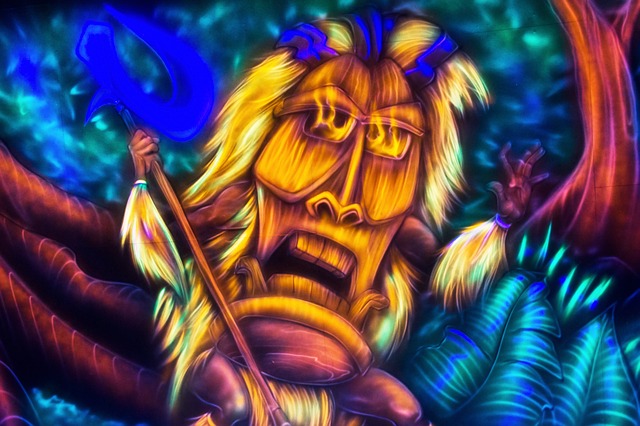 So she took me to a forest clearing and we sat together on a fallen log, and she gave me a foul-tasting concoction to eat, and asked me to describe what I was experiencing. For a while, nothing happened. And then suddenly I began to see colours and hear strange sounds and then I experienced being in the middle of a scene of utter madness. All around me there were atrocities being committed, and strange creatures told me they had always been happening but I just hadn’t noticed, or perhaps I was just being kept in the dark. These were ghastly, cruel, miserable acts of unspeakable horror and violence, and soon instead of just happening to others they began happening to me. I was forced to eat poison and felt my teeth rotting and falling out. I was yoked with strangers and whipped to dig a hole in the ground and then to fill it up again. When I shouted about the insane things I was witnessing I was told by the obviously deranged mob of people all around me that I was the insane one, and that all that I was seeing was perfectly normal.

I said this to the shaman and she told me to just sit with this, that this was not enlightenment, and that none of this was real, and I would awaken from the nightmare. And then there was an explosion and everything was screaming and blood, and I passed out.

When I awoke I was, somehow, unharmed, and the shaman continued to hold my hand and asked me again to describe what I was experiencing.

In the distance I could see someone walking toward me, dressed in a robe of astonishing colours, with a golden aura around them. Even when this person came close I could not tell if it was a male or female, or its age, or even if it was quite human. But when this person, or creature, smiled and touched me I immediately understood that all was love, and that nothing else in the world was real. I was filled with this enormous feeling of peace and energy and well-being, and knew my purpose was to love this creature, to become one with it. That nothing else mattered.

I smiled at the shaman and thanked her for staying with me through the nightmare, and told her now I understood about liberation — it was all about losing your self in another.

The shaman smiled back at me and asked me, once again, to just sit with this, and told me to my dismay that this was not enlightenment either, and that none of this was real, and I would awaken from this dream, too. I insisted I did not want to awaken from it, if it was in fact a dream. It was the only thing in my life that had ever made sense. And suddenly the creature I loved with every fibre of my being moved even closer and our bodies merged into one, and with a rush of ecstatic bliss I again lost consciousness.

And when I awoke the magnificent creature was gone and once again there was just me and the shaman, still holding my hand. And I sighed and wept for what I had — at last! — found and then just as suddenly lost, and the shaman just sat quietly and asked me to describe what I was now experiencing. 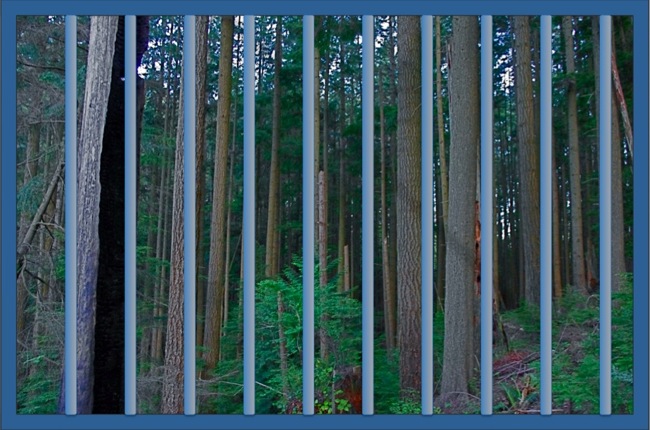 I replied that I seemed to be back in the real world, but I was now full of grief over what I had lost. I kept waiting for a third surreal experience, but nothing seemed to happen. I felt bereft, impatient, dissatisfied. We sat together for what seemed like hours, and I just kept describing my thoughts and feelings, and the mundane things I saw and heard, there at the edge of the forest.

The shaman said to me that none of this was real, either, and that I was still dreaming, not really seeing at all, and that at some point that dream would end and what would be left would be as close as she could imagine to enlightenment.

I listened and sighed and finally, exhausted from all these unreal experiences, I again lost consciousness.

I am not yet awake, not sure I want to be. My instincts tell me that I would not, will not, survive awakening. Every once in a while I remember, back when I was very young, even before there was an ‘I’, what it was like to be awake, to just be, to see everything as it really is, and always has been. When I said that to the shaman, she smiled at me and nodded, but said nothing.

So now I sit here, on this log, living in my sleep, and every once in a while there is a glimpse, a suggestion of something I remember, something beyond understanding. There seems to be a clue in the gaze of wild creatures, the shadows in the moonlight, the water gurgling in the stream, the whisper of the wind. Something waiting. Something beyond me.

top image above from Pixabay CC0, by Cor Gasbeek; bottom image is mine

4 Responses to The Shaman