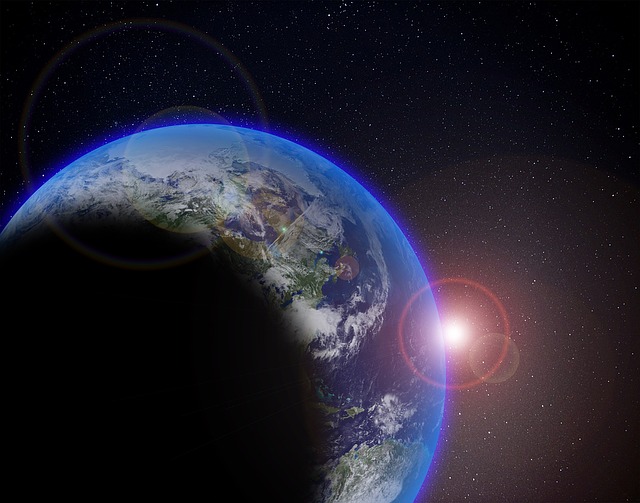 image from the good folks at Pixabay CC0 (thanks Guillaume Preat)

While my belief in the inevitability of civilization’s collapse in this century is rooted in my study of complexity science and a commensurate appreciation of how change happens in complex systems, this is almost impossible to convey convincingly to those who haven’t studied and thought about complexity.

I don’t expect readers (or friends or loved ones) to have the interest and time to study complexity, so I often end up rather sheepishly just saying: If you take the time to study complexity science, you will understand how change happens and why it won’t happen in time to prevent civilization’s collapse. Not very compelling. Perhaps even annoying.

Thanks to a recent exchange with collapse podcaster Sam Mitchell, I’ve learned about a novel approach to explaining the inevitability of collapse using the metaphor of “super-organism” postulated by atmospheric physicist Tim Garrett and economist and Oil Drum/Post Carbon Institute editor Nate Hagens.

While Tim and Nate use the super-organism metaphor to represent global human civilization, my sense is that it would be even more apt to expand it to describe the entire organism of the living earth, what James Lovelock and Lynn Margulis affectionately if romantically call Gaia. I believe we are, in fact, inseparable from all-life-on-earth and our belief that we are separate is an illusion, a trick of our too-smart-for-our-own-good brains.

So with that expansion, let me describe this metaphor and how it might, drawing on Tim’s and Nate’s arguments, explain why the predicament of runaway climate change and the sixth great extinction is so intractable. (Please note that this is my elaboration of Tim’s and Nate’s metaphor, not how they have described it.):

Yes, I know this metaphor is a bit strained, but I think it’s useful, and better than telling readers that if they study complex systems they’ll understand the inevitability of near-term (this century) civilizational and ecological collapse. I also like that it doesn’t place humans apart or in apposition to the rest of life on earth, the rest of the Gaia organism. No one is to blame. We are all One. We are all doing our best, what we’ve been conditioned to do for a billion years, the only thing we can do.

It may seem strange to take individual people, culture, economics, politics, technology and other factors out of the equation about what the future might hold in store, but Tim makes a compelling case that “Our personal feelings aside, we are just sacks of matter that enable electrical and fluid flows down potential gradients. It sure has been hard for neuroscientists to find any evidence for free will; so perhaps people are really no different than any other physical system.”

Tim says that our current situation is a “double-bind“: One of two things will happen (again this is my elaboration of Tim’s conclusion, not his description):

The end-game, as far as humans and our civilization is concerned, is pretty much the same. And we humans, just a part of ailing Gaia, can do nothing to choose between these equally-awful alternatives. We can’t even plan or prepare for this, because we cannot possibly predict precisely how and when this will all play out; we can only know how it will end.

What if there’s nothing we can do? That’s the question I’m starting to think about now. Like a passenger in a vehicle skidding off the edge of a huge cliff, what do you do when nothing you can do will make any difference?

My thoughts on that, coming soon.

* Ajit Varki has called this dysfunctional disconnection the Mind Over Reality Transition, that seemingly occurred uniquely in the human species as our brains evolved the dual capacity to reinterpret and deny ‘unpleasant’ realities, and to ‘realize’ (conceive of as ‘real’) the idea of separate personhood and personal death , which he calls “intrinsically maladaptive traits”, as they condition us to ignore what’s true and to put the ‘self’ ahead of the collective interest.

It’s anyone’s guess, of course, but I’d be inclined to say this dysfunction arose because early humans, pummelled by the ice ages, cosmic radiation, and other climate disasters, had to abandon their long-time comfortable tropical homelands and venture into new ecological zones fraught with new dangers and the constant stress of scarcity. Those early humans that found this reality too much to bear might have decided not to procreate, while those that had these “intrinsically maladaptive traits”, less connected to the natural world and what was perhaps ‘good for them’ might have persevered and procreated, producing a hardened, desensitized, disconnected species that used denial as a coping mechanism and ‘laughed in the face of death’. Perhaps this evolution, while dysfunctional in the longer term, was, in the short-term, adaptive rather than maladaptive?