This Is No One’s Utopia 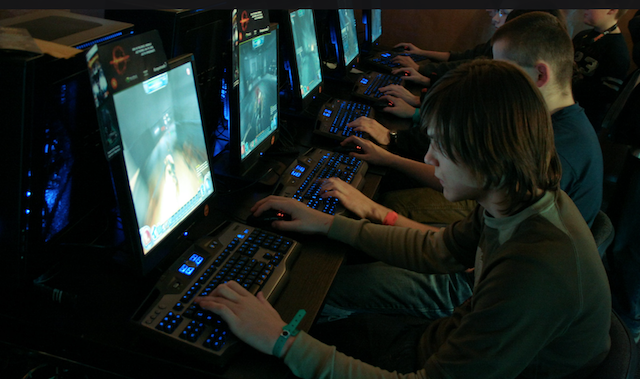 PS Pirro recently riffed off a quote from Margaret Atwood that went: “Every dystopia is someone’s utopia. So whose utopia is this?” This was my reply:

Margaret is a brilliant writer, but sometimes she says/writes things that sound very clever but are actually just wrong. IMO, this is no one’s utopia. This is just one more outcome of 7.8B people desperately doing what they think is the best thing they can do under the immediate circumstances of each moment.

No one is in control. This is not a game between two clearly articulated sides working within well-established rules. This is collapse, and chaos, playing itself out. This is the end of the myth of progress — that things will inevitably get better for most, with occasional setbacks. This is fear of loss and of lack of control frantically and foolishly inducing more fear in other groups, destabilizing everything. This is terrified, angry people nostalgic for a past that never was, trying, impossibly, to wish a time of stability, familiarity, authority, security and changelessness into existence. This is happening all over the world.

This is what happens in end times. First there is the scapegoating, the burning of witches and heretics, in an atmosphere of disbelief and denial. Then there is the scramble for what is left, the glorious and ghastly migration (physical and psychological) in search of enough to keep going on. Finally, for those unable to adapt, there is the eating of the young. And then it will be over, and something utterly new, unpredictable, unimaginable will emerge. Whatever that is, it’s got to be better than this. No animal is meant to live the way we have lived for the last ten thousand years.

Humans think and make sense of things through metaphor. Our metaphors are of necessity simplistic. One of the reasons we loathe complexity (and all ecological and social systems are, inherently, massively complex) is that complexity defies metaphorical description. It can’t be understood by metaphor. It can’t be understood at all — complex systems entail an infinite number of variables interacting in an infinite number of completely unpredictable ways. They can’t be usefully reduced to a merely complicated diagram or chart, like a car engine. No human story (and we also make sense of things through stories) can hope to embrace and tell the tale of what is far too complex, nuanced and unknowable to learn any practicable lessons from.

Still, metaphor and story are the tools we have to work with, so we do our best. We make charts, we keep score, we invent simplistic theories, models, games and simulations. And we tell stories, total fictions. It’s all we can do. Using the metaphor of a game, life has winners and losers, and the rules of the game can be changed by collective will to make the game fairer. And as the rules are refined, the game will get better, fairer for all. The myth — the story — of progress is one we cling to most fervently. Without it, our religions, our history, our politics, and all our striving has no meaning, no purpose.

But life is not a game, nor “like” a game. We don’t make the rules and we can’t change them. Progress and human control over our species’ actions and evolution are indeed a myth. But we’re addicted to this myth. We cannot give up our belief in it. And as long as we believe in it, we will continue to believe that this is, outrageously, someone’s utopia, that things can be and will be better if only we understand better and take appropriate actions. We are shouting furiously at the actors in the tragedy flickering on the screen in front of us, as if the characters were real, as if the plot were really happening, as if our shouting could possibly have any impact on the events or outcome we are witnessing. “No, no, don’t go up into the attic!!”

My blog’s primary purpose, beyond allowing me to publish my pretentious fiction and to think out loud about what’s going through my head, is to chronicle our civilization’s collapse. A chronicle is, of course, a story, just as much a fiction as my poetry. But where most chronicles are attempts to make sense of what has happened and is happening, by documenting facts and observations, my chronicle is in a way the opposite. It’s an attempt to undo, at least in my own mind, the mythological sense-making and meaning-making of the day, as reported in the press, bleated by politicians, pundits and other self-important blowhards, and mindlessly, desperately parroted on social media, in cafés, on street corners and around dinner tables, all in an attempt to make sense of what we cannot hope to make sense of, or even understand. Because it makes no sense, it has no meaning or purpose or direction.

Except it doesn’t really do any of those things. It only believes that it is real, and in control of its actions and decisions, and that its beliefs bear some semblance to the truth. It’s furiously wielding and manipulating the joystick and watching the video game unfolding on the screen, unaware that the joystick is disconnected from the game module, which is displaying a game in demo mode. But it seems, at least sometimes, as if the movement of the levers on the joystick are having some impact on what is happening on the screen. And that is enough to keep us going, red-knuckled until the final flash of the Game Over sign.

So, no, this is no one’s utopia. Not even those who might think they are living in a utopia, and might think that their personal actions have had anything to do with how things have played out. The first pixels of the Game Over sign are already starting to appear on the screen, everywhere on the planet. Nice try, though, player. You did your best.

1 Response to This Is No One’s Utopia