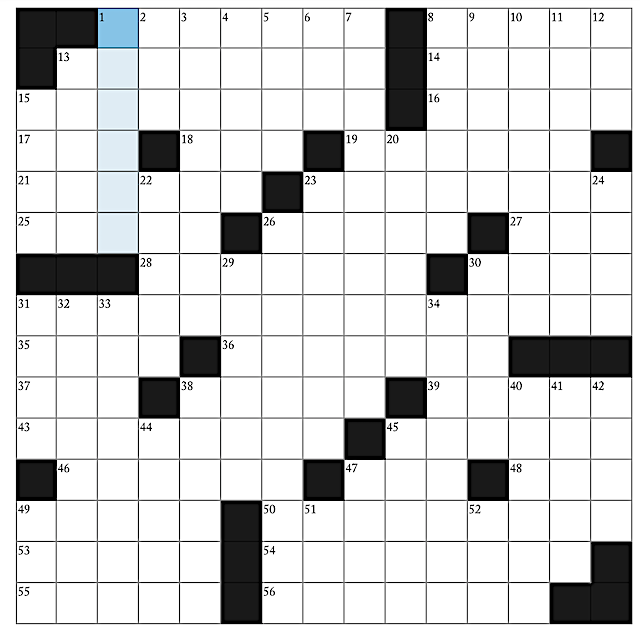 Over the last couple of years, I’ve largely switched from NYT crosswords to The New Yorker’s. They seem to have attracted the best of the NYT’s puzzlers, notably Liz Gorski, and they have a much better gender and ethnic minority balance than the NYT ever managed. They also have much more fanciful and imaginative clues than the rigid NYT allows, and more entries from current and minority cultures, while mostly avoiding too much “pop” culture (especially rap and electronic group names that eschew proper spelling, and vowels, respectively).

Unfortunately, I’ve decided to end my New Yorker subscription due to the ferocious anti-Russian and anti-Chinese xenophobia the magazine has exhibited over the last year, especially since the start of the NATO/Russia proxy war in Ukraine. I had expected better from them.

Meanwhile their five-day-a-week online crosswords are excellent (though I find their Thursday “beginner” crosswords too simple). Here are some of the clever clues they’ve had in some of their recent puzzles. I’ve included only the vowels for the answers to each clue, in case readers want to take a stab at guessing the answers when partially filled in. Some of the clues had, or should have had, a wry “?” at the end of the clue to indicate a play on words.

If you just want to see the answers, I’ll include them in a comment to this post: 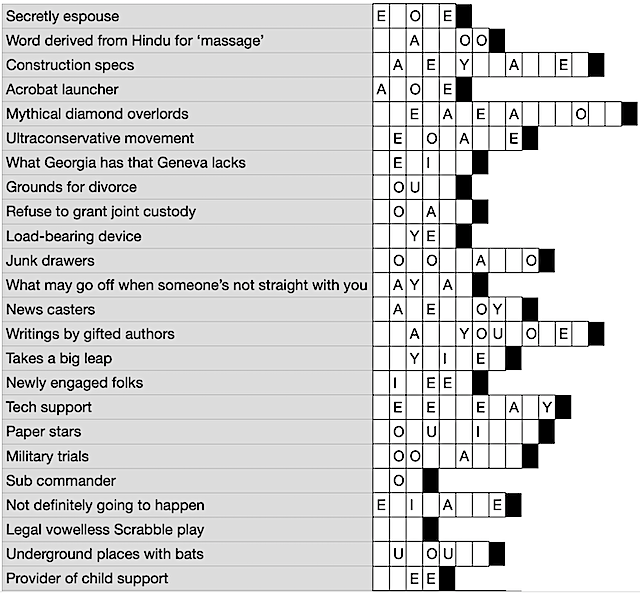 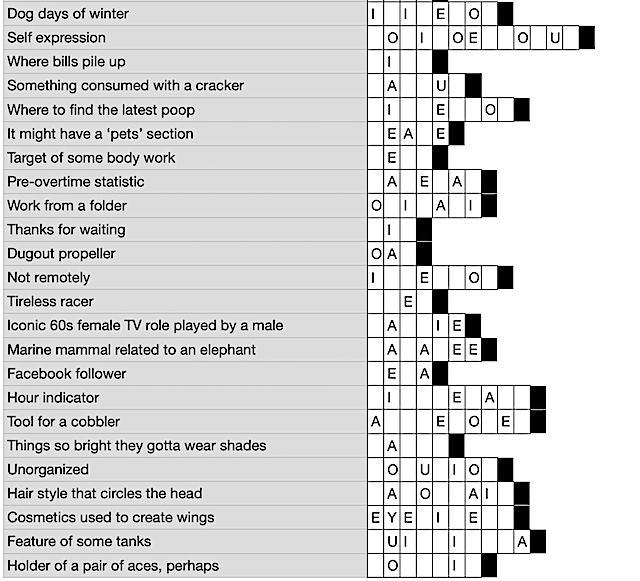 2 Responses to Yet More Crossword Cleverness