We Already Live on Mars 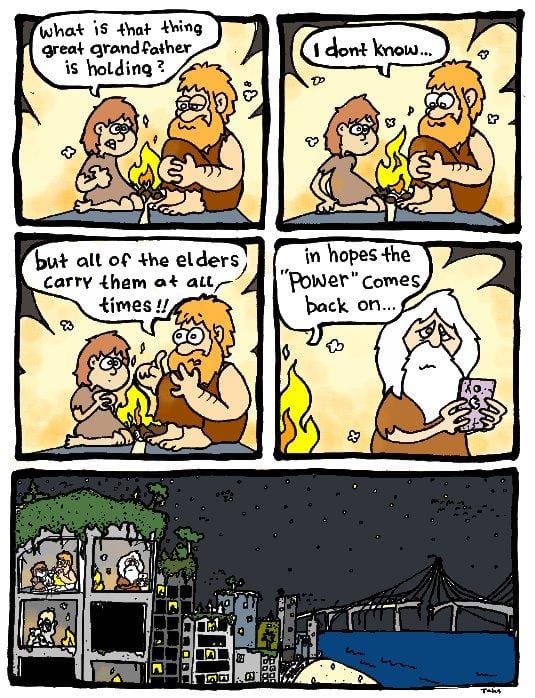 It’s easy to ridicule the techno-utopians who, in their ongoing denial and defiance of civilization’s accelerating collapse, talk and scheme about leaving this planet and building a new civilization on another one.

But in many ways, we already live on a foreign planet, or, rather, we live in an artificial, prosthetic world, one that is utterly and irrevocably dependent on and embedded in the natural world it is aggressively destroying to manage its day-to-day functioning.

There have been many studies showing that the impact of collapse, especially economic and financial collapse and the resulting incapacity to maintain even basic infrastructure, will be especially severe in cities and suburbs. Our urbanized civilization requires vast amounts of resources — including rare goods from far away, and cheap labour to deliver things and fix things that break (like pipes and downed wires and cars and appliances and elevators), which they are always doing. A review of past economic depressions reveals that many things simply became more-or-less permanently unavailable, and people just learned to do without. Of course, if what you’re waiting for is food, heating fuel, fuel for transportation, and electricity for your lights, businesses and elevators, you can’t afford to wait long. Eventually you give up waiting and move where the things you need are still available.

It’s doubtful that most of the utopian scenarios that see suburbanites turning their lawns into gardens, and abandoning their jobs for work walking distance from home, will ever see the light of day. Those lawns have mostly already been stripped of their usable soils. There are not nearly enough jobs, especially when the collapse of the internet takes telework off the table. And when the power lines and water lines go down, they will have to wait ages for their restoration, since more concentrated urban dwellers will be served first.

Things will not be any better in rural areas. Most farm acreage is now monoculture, heavily dependent on fertilizers and irrigation and pesticides and other foreign inputs, and is owned by soon-to-be-bankrupt Big Ag mega-corporations, and as markets for their cheap-transport-dependent  products dry up, the single-product farm workers will abandon the farms, as they did in droves during the Great Depression, and join the swelling ranks of the unemployed in the cities.

I could go on, but you get the idea. The only people who are not living in an unsustainable, prosthetic world these days are a tiny number of hardworking self-sufficient independent polyculture farmers. That tiny number includes a surprising number of this blog’s readers, as I keep discovering. But they’re going to be overwhelmed by the vast numbers turning to them for jobs and handouts, and there will be far too little to go around.

While it is true that this is a Long Emergency that we’re now entering, one that will unfold over decades, our economy is so tightly wound that supply chain collapses many orders of magnitude greater than what we’re now witnessing could arrive overnight and change our living conditions very quickly. As the people of Sri Lanka have discovered, your money’s not of much help when there is no food in the shops, no fuel in the service stations, and the power, and lights, keep going out for longer and longer periods.

One recent study suggested that the average amount of time a family in the west could survive (ie keep their home, possessions and food on the table) if they were suddenly without a paycheque, is sixty days. After that they are essentially bankrupt, and without the largesse of others, they’re out on the street begging. That seems extreme, but anyone who’s lived through a depression will tell you that’s exactly how, and how quickly, it happens.

While panic is certainly no answer, our current complacency about the vulnerability of our current way of life is rather alarming. We are living on a knife age, in this era of “hyper-efficient” global interdependence, and the fact that it may take a decade or two to slowly slip off that edge won’t make much difference, since there’s absolutely no way of climbing back on it once that happens.

So when you read about the idiots planning manned trips to Mars, remember that in many ways we already live on Mars — we live astonishingly precarious lives connected by a thin, fragile, unraveling tether to the endangered sources of everything that makes life for humans possible.

4 Responses to We Already Live on Mars