A Future With No Elections 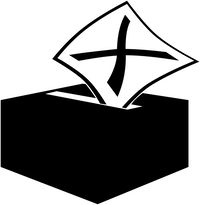 Despite what you may have been led to believe, turnout in most western nations’ elections hasn’t actually changed significantly over the past fifty years. And while young people are less likely to vote, they say that’s about scheduling conflicts with school and work, not about lack of interest. In fact, older voters are the cohort most likely to say they don’t think it makes a difference who wins their country’s elections. But they vote in larger numbers anyway.

My friend John Whiting recently sent me a note saying:

More and more countries are dispensing with the superfluous Changing of the Governments.

I take that to mean that when political, economic, social and other systems have become so dysfunctional and sclerotic that they’ve ceased doing anything for citizens, and the citizens have “tried” both the government of the day and “the loyal opposition” and found no significant difference between them, they start to find elections, and the entire exercise of ‘democracy’, superfluous.

I’m one of those old geezers who votes steadfastly in every election despite believing that it makes no significant difference which party wins, other than who will be designated ‘enemies of the state’, and which lobbyists and party faithful will be rewarded with kickbacks, subsidies, and plum civil service jobs after the election.

Of course, the rhetoric of the Tweedledum and Tweedledee parties is different. They blather about their different “values”, and their group Cabinet photos depict different levels of diversity. But their actions are, with the exceptions noted above, substantially indistinguishable. The system is in charge, running on its own momentum and inertia. Which cogs actually operate and oil the machine doesn’t affect what the machine does.

I have lamented the near-impossibility of changing large, complex systems in past. I have also written that the “system” actually doesn’t exist — it’s a mental construct, an invention to “make sense” of what seems to be happening in a particular domain.

What does it mean to say that something that doesn’t actually exist is effectively running our civilization over a cliff?

It means that the combined actions of 7.9B people, each doing their best in the context of the ever-changing circumstances of each moment, and each of whom are entirely biologically and culturally conditioned and not in ‘individual’ control of their decisions and actions at all, determine the state and trajectory of human civilization.

We are predisposed to do everything we do, including whether and how we vote. Again, that’s not to say everything’s predestined, predictable, or preordained — the circumstances of the moment enormously affect what we do, and they are utterly unpredictable and beyond our control.

This isn’t defeatist or nihilistic. It’s actually pretty amazing how our rudderless civilization has evolved and what it’s come up with despite no one being in the driver’s seat.

As it becomes more and more evident that it doesn’t matter whether we vote for the Tweedledum or Tweedledee party, this will not necessarily affect voter turnout, at least in the short run. Most of us, I suspect, are now well conditioned to vote against the party or candidate that we find most repulsive, and turnout seems to reflect the degree of repulsiveness of the most repulsive party or candidate. Though, as we get conditioned to more or less repulsiveness in the candidates, that trend will tend to even out as well.

At some point, what is likely to happen is that the party in power will

This is happening, more or less blatantly, everywhere. Examples of (i) are: the Democratic Party’s squelching of the candidacy of Bernie Sanders, twice; and the first-past-the-post system, which largely precludes “third” (non-Tweedle) parties from winning elections.

Examples of (ii) are gerrymandering, the ending of term limits, and the usual forms of government-in-power propaganda. Examples of (iii) are everywhere, as governments of the day sell off public properties cheap to their donors and ‘friends’, privatize government services to other ‘friends’, and completely deregulate the private sector.

Eventually, we will be conditioned to shrug off the fact that there are no elections anymore — that, to use John’s words, our countries have decided to “dispense with the superfluous Changing of the Governments”. All it took was a quiet, backroom handshake between Tweedledum and Tweedledee. And what difference did it make?

We’ve been conditioned, in most western nations anyway, to believe that elections are essential to democracy and good government. And that the only alternative to the election of ‘representatives’ to make and manage laws, is tyrannical and self-serving oligarchies.

But there are many alternatives to obtain information and consensus of citizens about what laws to pass and how to enforce them. One alternative is Citizens’ Assemblies, where groups of citizens are selected at random to learn about particular issues and recommend the best alternatives to address them, and then, their work done, disband. These have been used in many variations in different societies around the world throughout history. They’re what Extinction Rebellion has concluded is the only way to actually change laws and economies fast enough to at least lessen runaway climate change.

It was a revelation to me to realize that a quick end to our modern industrial economy was not only viable, it was inevitable, and the sooner it happens, the less the global devastation and suffering and the sooner the healing of our planet from its excesses can begin. How had I been so conditioned as to believe our way of life was not only worth “saving”, it was the only way for humans to live?

Perhaps the same is true for that economy’s handmaiden — the idea of ‘representative’ democracy using elections and voting.

Maybe there’s another way, a better way. As unimaginable as it might be for us now, perhaps our future is a world where power (and wealth) are vested in citizens selected at random, and vested only long enough and narrowly enough to address a specific issue. As The Dawn of Everything explains, such means of getting things done for the betterment of all have many historical precedents.

If “the Changing of the Governments” is becoming superfluous, perhaps rather than trying to make such changes meaningful and essential again, we should try doing without “governments”, at least as we know them in their awful, sclerotic, dysfunctional and unrepresentative form, entirely.

That may be unthinkable now (except to those who have studied the history and principles of anarchy), but so, even twenty years ago, was the idea that industrial/financial capitalism is a failed and unsalvageable experiment.

Maybe it’s time to stop trying to save or fix what does not and never did work, and try something that has, and just might.