The Meaning of “I’m Sorry”

(This is the third of at least four ‘miniature’ posts. I’m spending most of my time these days digesting what I’ve been learning, about myself and about others, from a raft of new people I’ve met in the past month, and from the experience, for the first time in 30 years, of living alone. This isn’t giving me enough time for my usual lengthy blog articles, but I wanted to at least get these four ideas out, for your thoughts.) 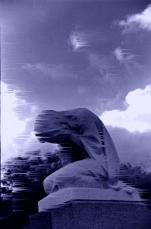 One evening last week I was ranting on Twitter about “What the World Needs More Of”. I wrote:

the world needs more: lovers, dreamers, people unafraid to be different, people who know who they are, appreciative listeners…

the world needs more: people who shout that the emperors, all of them, have no clothes…

the world needs more: people not afraid to say “i’m sorry” for things that aren’t their fault.

This last rant raised questions from some perplexed followers: Why should we apologize for things that aren’t our fault? I explained:

“i’m sorry” = i empathize with your pain, suffering, situation, and don’t pretend to have a way to “fix” it so i’ll just be present with you

The discussion moved over to Google Buzz, as the puzzled followers found my explanation more interesting than the initial rant. Here’s how it went:

Melinda Fleming wrote: ” The small hours do bring truth to those who listen deeply, don’t they?”

Karen HayDraude wrote: “My sister who lives in the US calls this, “Canadian sorry”, since her American pals were forever asking her what she was apologizing for.”

Melinda replied: “That’s funny! There’s a difference, though. In Afrikaans we use the word “meegevoel” which literally means “to feel together”. It seems that, in English, the only way to express such a sentiment, is to say “I’m sorry” which sounds like an apology for wrongdoing on one’s own part. But “meegevoel” is a simple expression of being & feeling empathically “with” the other person.”

I chimed in: “More evidence that modern language is designed to convey information not feeling. Just did a crossword for which ‘sorry’ was the answer to the clue ‘Not my problem!’ “

Mushin Schilling added: “The dutch (zuidafrikaans) ‘meegevoel’ is properly translated, I think, with ‘compassion’ – but knowing of this English inadequacy I have introduced the Germanic “I feel with you” into conversations.

What exactly do we mean when we say “I’m sorry”? It can be an apology (“oops I didn’t mean to do that”), a regret (“I should have done that.”), an excuse (“not my department”) or an expression of empathy (“I empathize with your pain, suffering, situation, and don’t pretend to have a way to ‘fix’ it so I’ll just be present with you”). The “Canadian sorry” is deliberately ambiguous, allowing the listener to choose which of these three meanings s/he chooses — I’ll leave it to you whether doing that shows cowardice, indifference or cleverness. As a Canadian I’d say it’s potentially dangerous, if you’re called on which you intended.

The words “sorry” and “sore” mean, etymologically, “in pain”. “Sorrow” originally meant “grief or sickness”, so to be sorry meant to be so full of grief or sickness that it was painful. The use of the term as an apology is at best a hyperbole and at worst a lie. As an apology “Pardon me” is more apt (though that expression is now used as a question, with the tacit “… I wasn’t listening to or didn’t hear what you said”, or even as an accusation if said angrily).

The truth is that “I’m sorry” too often means nothing at all. Like “I love you” it is important when said genuinely, but prone to overuse and hence cheapening of meaning. We should use it to mean what it originally meant: I’m pained by the grief/sickness that you and/or I feel. If we’re not really suffering, we shouldn’t imply, with the word “sorry”, that we are.

This brings us back to empathy and compassion, the appreciation of the feelings (suffering or joy) of others. This appreciation is about attention, understanding, and caring. In our attention-deficit society, it’s in short supply. I’ve often said (infuriatingly to many) that with notable exceptions men tend to seek attention more than appreciation, while women tend to seek appreciation more than attention. Men try to “fix” simple and complicated problems, while women appreciate the complexity of predicaments. If it’s a predicament it can’t be fixed, and if it’s a problem, just empathizing rather than doing something may seem lame. The trick is to know which is which. Generally, if there’s any doubt in anyone’s mind, it’s probably complex, and in that case empathy is called for.

Clarity of expression means never having to say you’re sorry. Our language is so poor at conveying emotion, and the other languages I’m aware of are only marginally better. There are times I genuinely loathe language, and prefer to empathize silently, which tends to be better appreciated by animals than humans (and which does not work at all over the phone and other social technologies).

Perhaps we need to study animals to relearn their skill at conveying and detecting empathy. Perhaps we need to either abandon or improve communication tools that are limited to disembodied words, which are so clever at conveying ideas, at rhetorical expression, and at deception, and so useless at conveying things that really matter. The world needs a better way to say, and show, “I hear, I appreciate, and I care.”

And what else does the world need more of?

14 Responses to The Meaning of “I’m Sorry”