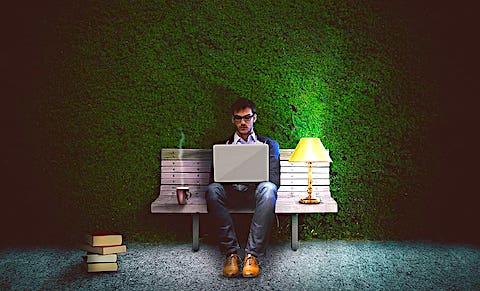 I started this blog in 2003, and since then I’ve written over 3,000 articles, essays and stories, which, if I were to print them out in standard book size, would fill over 9,000 pages. I’m guessing it’s one of the largest one-person blogs still in existence.

Every once in a while I review what I’ve written, and think about whether or not to cull some of the old and embarrassing stuff, and rearrange the rest. But since How to Save the World is a sort of diary, I always end up deciding to leave it as it was written. Some of it is dated. Some of my predictions were colossally bad, while others, like this article I wrote on CoVid-19 almost exactly a year ago, in the lull between the first and second waves, have been quite prescient.

Instead of editing, I try to keep track of what I think is my best writing — no more than one full book’s worth, if I were to publish it. I periodically update the list, sorted by category, and listed (in true blog tradition) from newest to oldest in each category. I’ve just brought it up to date, and below are the 145 articles, essays, stories, poems and miscellaneous other writings I am most proud of. You can always find them on my right sidebar, but since most readers subscribe to my feed and don’t see the sidebars, I thought I would repost the full list for all to see.

Since I’m often asked what are my favourite posts, I guess I’d say that of my newer writings (over the past 18 months), I liked Slouching Towards Bethlehem. I liked All the Things I Was Wrong About. I had great fun with the latest in my “Several Short Sentences” series, this time about Sharks. I loved writing Bark Bark Bark Bark Bark Bark Bark. And researching and writing No Choice But to Misbehave was my biggest learning experience since Straw Dogs.

I really didn’t like writing The Tragic Spread of Misinformation, and I got a lot of hate mail and a couple of threats for my trouble, but I guess that means it hit a nerve. It got the most angry response to any of my writings since I wrote about veganism and CAFO-denialism back in 2009.

But I think my most important writing, the stuff that will hopefully never get stale or terribly annoying, is my creative work. I’ve written less fiction since CoVid-19, and I want to get back to it, because, as hard as it is to do, the work really pays off — the more I write, the better, I think, I get at it. Recently, my favourite piece to write, and occasionally read aloud to groups, is my A Canadian Sorry.

Collapse Watch:
2021
Dying of Despair
Notes From the Rising Dark
What is Exponential Decay

2019
Making Sense of Who We Are
What Would Net-Zero Emissions Look Like?
Post Collapse with Michael Dowd (video)
Why Economic Collapse Will Precede Climate Collapse
Being Adaptable: A Reminder List
A Culture of Fear
What Will It Take?

2018
A Future Without Us
Dean Walker Interview (video)

2017
The Mushroom at the End of the World

2016
What Would It Take To Live Sustainably?
The New Political Map (Poster)
Beyond Belief
Complexity and Collapse

2006
The Dark & Gathering Sameness of the World

2005
The End of Philosophy
A Short History of Progress

Our Culture / Ourselves:
2021
The Lab-Leak Hypothesis
The Right to Die

2020
CoVid-19: Go for Zero
Pollard’s Laws
On Caste
The Process of Self-Organization
The Tragic Spread of Misinformation
A Better Way to Work
Ask Yourself This

2019
What to Believe Now?
Rogue Primate

2018
Conversation & Silence
The Language of Our Eyes
True Story
May I Ask a Question?
Cultural Acedia: When We Can No Longer Care
Useless Advice

2010
A Culture of Dependence
So What’s Next
Ten Things to Do When You’re Feeling Hopeless
No Use to the World Broken
Living in Another World
Does Language Restrict What We Can Think?
The Value of Conversation
Manifesto

2006
A Long Way Down
No Noble Savages

How the World Really Works:
2021
Extinction Capitalism
Homeless
Republicans Slide Into Fascism
All the Things I Was Wrong About

2020
Several Short Sentences About Sharks
How Change Happens
What’s the Best Possible Outcome?
The Perpetual Growth Machine
We Make Zero
How Long We’ve Been Around (graphic)

2019
If You Wanted to Sabotage the Elections
Collective Intelligence & Complexity

2016
The Problem With Systems

2015
Against Hope (Video)
The Admission of Necessary Ignorance

2005
The Gift Economy
The Job of the Media

2019
Happy Now?
This Creature
Did Early Humans Have Selves?
Nothing On Offer Here
Even Simpler and More Hopeless Than That
Glimpses

2018
Fragments
What Happens in Vagus

2016
Never Comfortable in the Skin of Self
Letting Go of the Story of Me
All There Is, Is This
A Theory of No Mind

2020
Under No Illusions (Short Story)

2018
The Fortune Teller (Short Story)
Non-Duality Dude (Play)
Your Self: An Owner’s Manual (Satire)
All the Things I Thought I Knew (Short Story)
On the Shoulders of Giants (Short Story)
Improv (Poem)