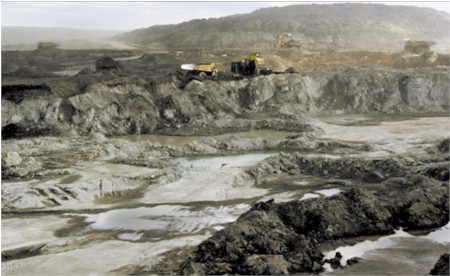 A serious resistance movement…means a commitment to winning, which means figuring out what “winning” means to you. For me, winning means living in a world with more wild salmon every year than the year before, more migratory songbirds, more amphibians, more large fish in the oceans, and for that matter oceans not being murdered. It means less dioxin in every mother’s breast milk. It means living in a world where there are fewer dams each year than the year before. More native forests. More wild wetlands. It means living in a world not being ravaged by the industrial economy. And [doing] whatever it takes to get there (and if, by the way, you believe that “whatever it takes” is code language for violence, you’re revealing nothing more than your own belief that nonviolence is ineffective).

If we’re seriously going to try to make the world a better place, we must, as I have written before, do a combination of three things:

Before we can do any of these things, we need to reconnect with our instincts, our emotions, our senses, and all-life-on-Earth, understand how the world really works (not what we’re told in school, in the workplace, and in the media), and know ourselves: what we are uniquely good at, what we have passion for, and what our purpose is, what we’re “meant to do”.

Most of us who know what is happening in the world are prepared to do all of these things, except for item #2: “We have to undermine the industrial growth economy that is destroying our world.” Such is the power of the social, political and economic systems and their propaganda machines that we feel this is too radical, too risky, too ungrateful, too antisocial, too much “biting the hand that feeds us”.

We have been culturally indoctrinated, and our minds colonized, to feel this way. This indoctrination is all that is keeping us from walking away, from ceasing to participate in, the industrial growth economy, and from seeing actions that undermine this bankrupt and savagely destructive economy as heroic and necessary rather than as acts of treason or terrorism.

Suppose you lived in a community that was run by a ruthless gang that threatened and intimidated, extorted and stole, murdered and abused and confined, destroyed and poisoned and burned, and pressed everyone in the community into its service. Would you not see the destruction of this clique and its operations as a necessary and heroic act?

Now suppose that gang became so powerful that over time it could buy off the politicians of all the major parties, infiltrate and corrupt the police and regulators and the military to do its dirty work, rewrite the textbooks, and buy up the media, in order to portray itself as the natural order, as the only alternative to communism and anarchy, as democratically elected, as protectors of its community members, as law-abiding and patriotic in the face of conjured-up “terrorist” enemies who threatened your property, your loved ones, your security, your job?

And suppose that, after a few generations, people who had never known anything else began to think that this was the only way to live? Would this thoroughly indoctrinated generation still see the destruction of this clique and its operations as a necessary and heroic act? Or would the very thought of its collapse be terrifying, no matter how destructive it was?

A serious resistance begins when enough people realize that this is not the only way to live, and that continuing to live under a massively destructive, relentless, irresponsible and unsustainable regime is unbearable, indefensible, and a betrayal of future generations and of our own human values. It begins with a breaking of the colonial mindset, and finding the knowledge and courage to imagine a better way to live, and then to fight, ceaselessly, doing what we can each do best, to undermine, to hold back, to defeat, and to dismantle the machinery of oppression and desolation that has held us in its thrall for so long.

A serious resistance is never easy. Just ask those who resisted the brutal totalitarian regimes that killed a quarter of a billion people in the last century, or who resisted invading foreign armies, or armed paramilitary forces well-supplied and trained by rich nations thousands of miles away, or who resisted local warlords or religious fascism or genocides. For most, such resistance will only occur when it hits home, when there is no other choice but to fight.

In this serious resistance, we must each pick our own role, yet work in concert and collaboration with our fellow resisters. We must draft others into the resistance movement, and we must do more than just talk about how bad things are, or how we might get the regime to mitigate its horrors. We must choose and commit ourselves to real measures of the defeat of the regime and the undermining and collapse of the industrial growth systems — economic, political, social, educational, technological, and media. Derrick has listed his measures above. Mine include the complete stoppage of the Alberta Tar Sands and the industrial agriculture system, especially factory farming (“confined animal farming operations — CAFO”).

I am not a pioneer in this. The resistance has already started, but it is still sporadic, and not yet a real threat to the regime and systems we must bring to an end. It’s time to get serious.

7 Responses to A Serious Resistance