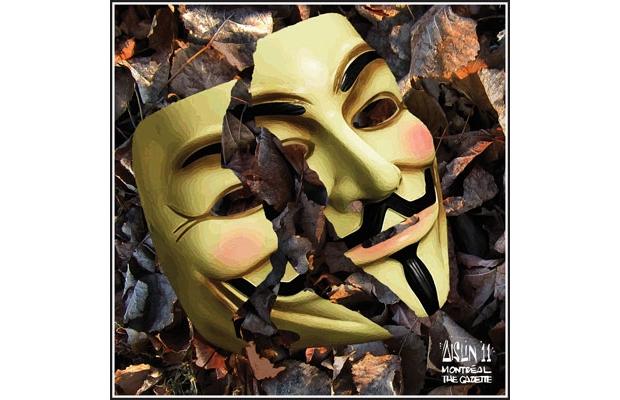 Cartoon by Terry Mosher (Aislin) in the Montreal Gazette

It’s been a particularly dispiriting month for those of us doing the grim duty of chronicling civilization’s collapse. I had hoped that when the unsustainability of our economic and political systems became obvious, those with wealth and power would take their money and run, rather than fight an unwinnable battle. But it’s becoming clear that denial among the 1% is strong, and they’re willing to do just about anything to hold on to power, including waging an all-out war against the citizens who gave them that power. Some evidence of what they’ve done recently, and the consequences:

As long as we cling to the foolish belief that these systems can be ‘reformed’, or that with the right ‘leaders’ the systems can be made to work, we will waste time that could be spent learning and practising community-building, and planning, acquiring and developing the new relocalized competencies, processes, resources and infrastructures needed to sustain ourselves when the current systems crumble. What will it take before we understand that sustainable ways of living must be local, rooted in place and adaptive to the unique situation of each place, and that they simply do not scale without becoming unresponsive, ineffective, bloated with useless bureaucracy, and utterly corrupt?

We have seen this ‘failure to scale’ now in ideologies across the political spectrum: Communism, capitalism, mixed-economy socialism, libertarianism — none of these economic systems scales without becoming dysfunctional. I have long been a believer in the mixed-economy model used in Scandinavia and (though it is currently being dismantled by governing corporatists) in Canada. I know a lot of bright, passionate, well-intentioned people who work in the ‘public sector’ in fields like social welfare, education and health, and even they admit the systems they work in are dysfunctional, and the money and energy spent on them are largely wasted and ineffective at achieving the goals these services are intended to provide.

The users of these services — notably the physically and mentally ill, the poor, the homeless, the sick, and students — often don’t know what they need or want, and have been so dumbed down by (and become so dependent on) these systems that they can’t begin to partner competently with service providers to make the provision of these services even marginally effective. Most people simply don’t know how to prevent, self-diagnose or self-treat illnesses, how to learn, how to make a living for themselves, or how to self-manage any aspect of their lives in even the most basic ways. As long as these systems depend on massive, centralized, standardized bureaucracies catering to incapacitiated, dependent ‘clients’, there is no hope for them. We need to let go of these systems, and our belief in them, and start the hard work of learning how to prepare for, and adapt to, full-on collapse and the crises that will accompany it. 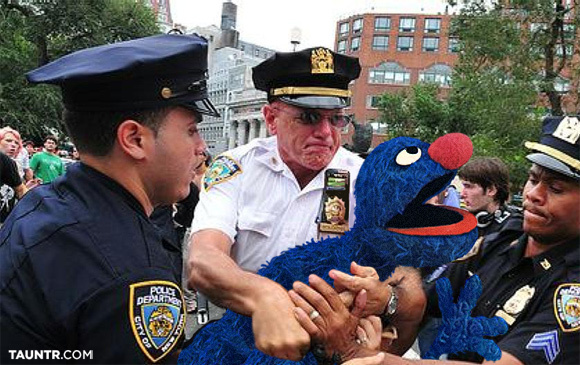 Occupy Space, Cooperatively: Shareable.net talks about the need for a permanent, vibrant physical space for the Occupy movement in each community. I think this is absolutely essential. We can’t learn the process of building community when we’re constantly dealing with evictions from politicians and police. If we create community space in each community for this purpose, not only will the movement be more effective, the creation of the space as a cooperative will be a great exercise in learning how to create local coop enterprises. And it will give us practice in facilitating large and small groups, in creating a vision of the world we want and intend to create, in making decisions and achieving consensus and in resolving conflicts. Thanks to Tree for the links.

Practical Post-Scarcity: Open Source Ecology identifies and teaches how to build, maintain and use 50 essential machines that can be made from local materials, and which allow construction and manufacture of many of the structures and products needed for self-sustained communities, fuelled by local renewable energy sources. Thanks to Seb Paquet for the link. An interesting contrast to Hexayurts, the simple, cheap buildings proposed by Vinay Gupta and popular among Dark Mountain’s members.

A Kinder Gentler Revolution: Thanks in part to the Occupy movement, there has been a resurgent interest in the importance of compassion and generosity in achieving change. Ripples of kindness, caring, thoughtfulness. Helping people save their homes. Thanks to Tree for the links. And for more on the deeper meaning behind Occupy, check out Tom Atlee‘s blog.

Cash Out Time: Ilargi at TAE says it’s time to start taking some of your money out of the banking system and keeping it in cash.

Economic Re-Set: Jim Kunstler foresees the collapse of the European economy and a possible disruption to next year’s US elections as a result. He describes the coming economic meltdown as not being a depression, but rather a “re-set”.

Free Food: Todmorden, UK has now achieved substantial food security, growing (and giving away) all its own vegetables. Thanks to Tree for the link. Meanwhile, Stan Goff at Feral Garden calls for “a million gardens” as the first stage of achieving local food self-sufficiency, an act of emancipation from the agribusiness industry. Thanks to Paul Heft and Anthony Dias for that link.

Derek Sivers’ Co-op Business Model: From the founder of CD Baby: You already have something that people need. Find out what that is and share it with everyone that needs it. If it takes effort to do so, charge a little so you can keep on sharing it. Thanks to Kate Michi Ettinger for the link.

Pro-Vegetarian Ad Campaign: Toronto transit riders get the message. Note: video contains disturbing scenes. Thanks to Prad for the link.

Enough of that in my opening remarks this month. 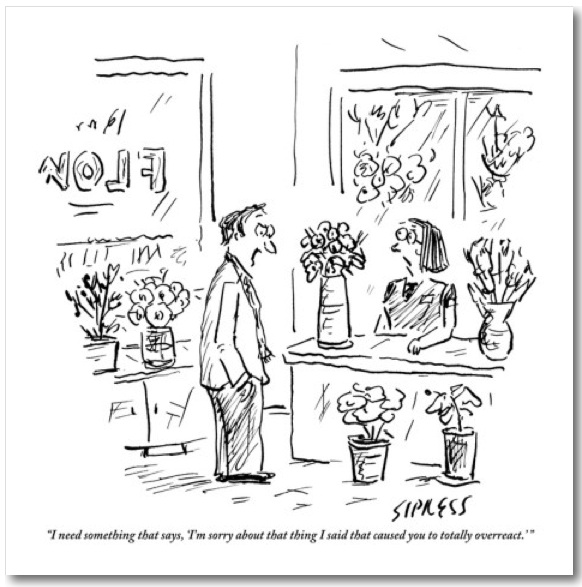 cartoon by David Sipress in the New Yorker

A Letter to Yourself at Age 16: What would you say to your 16 year old self, if you knew then what you know now? Thanks to Nick Smith for the link and the one that follows.

Why Humans Had to Invent Time: Without it, we would be stuck in the present. Fascinating set of experiments to demonstrate this.

How to Avoid Occupy Eviction: How Occupy Melbourne prevented the tents from being dismantled. Priceless. Thanks to Liz Henry for the link.

What’s It All About ALF: Steve Best provides a compelling and compassionate portrait of the animal liberation movement.

Who: Amazing hi-res slow-motion video of owl landing. Thanks to Tree for the link.

Feminist Sci-Fi: Liz Henry tells you what to read to put a different perspective in your reading.

Dan Gilbert: On what makes us happy (not what you’d expect). And on how our failure to understand what will/won’t make us happy in the future leads us to make bad decisions (and to indecision).

Robert Sapolski: On how we mishandle stress. And on what makes our minds work differently, we think, from other creatures’. Thanks to Avi Solomon for the links.

Movin’ On Up: Fascinating study of the exodus of blacks from SF to the exurbs, and how they were disproportionately hit by the housing/foreclosure crisis. Sometimes charts and statistics do help you understand. Thanks to Liz Henry for the link.

Hallelujah Chorus for Corporations: Corporations are people too. Thanks to 3Es Newsletter for the link.

I’m Going to Go Back There Some Day: Gonzo (Dave Goelz) sings the best Muppet song ever, penned by Paul Williams and Kenny Ascher.

From Maia Duerr: “Every dollar you spend is a statement about the kind of world you want”. (original author unknown)

From Derek Sivers’ book Anything You Want (advice for entrepreneurs):

Business is not about money. It’s about making dreams come true for others and for yourself.
Never do anything just for the money. The real point of doing anything is to be happy, so do only what makes you happy.
Just answer the calls for help.
Your business plan is moot. You don’t know what people really want until you start doing it.
Starting with no money is an advantage. You don’t need money to start helping people.
You can’t please everyone, so proudly exclude people.
Make yourself unnecessary to the running of your business.
Don’t think you need a huge vision. Just stay focused on helping people today.
Never forget why you’re really doing what you’re doing.