See No Evil: The Morality of Collapse

My latest article, See No Evil: The Morality of Collapse, is up at SHIFT magazine as part of its sixth edition. Check out the whole magazine! And if you like what you read, or prefer to read hard copy, please get this issue as a digital download (beautiful magazine layout) or sign up for an annual subscription (6 issues).

In this article, I ask the reader to consider these questions:

Here’s the start of the article, and a link to the rest: 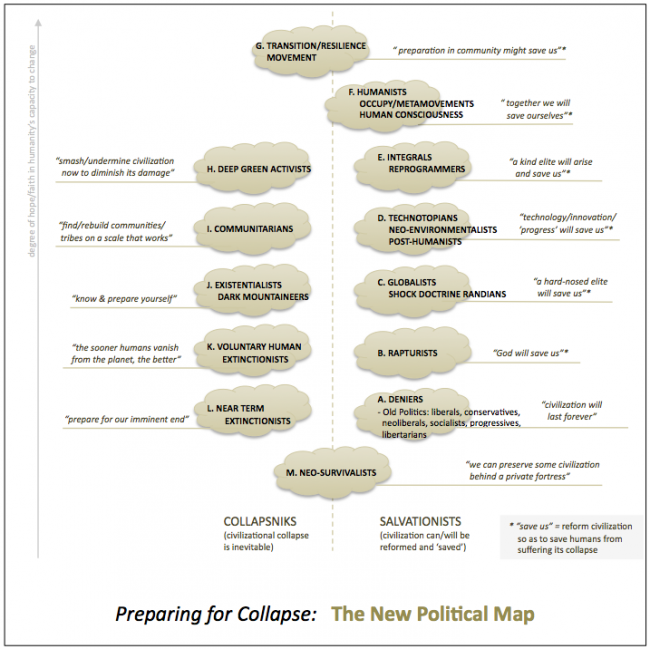 As we wade into discussions about the consequences of collapse, and the most effective ways to become resilient in face of it, most of us avoid discussions about morals (personal standards of ‘right’ and ‘wrong’) and ethics (collective standards of ‘just’ and ‘unjust’ behaviours). As an example, it doesn’t matter whether climate change is human-caused, we assert, we need to focus on how to deal with it, not who to blame for it.

Alas, it is not so easy to avoid the issue, because our worldviews are inevitably rooted in our beliefs, including our moral and ethical ones. So when it comes to preparing for collapse, the different groups who accept that the near-term collapse of industrial civilization is inevitable (or at least requiring immediate and drastic action to avert) possess worldviews that are rooted in different, and I would argue, almost irreconcilable moral and ethical standards. This makes collaboration, or even agreement on what to do, fraught with difficulty, if not impossible.

Read the rest at SHIFT.

PS: More creative works coming soon on How to Save the World.

3 Responses to See No Evil: The Morality of Collapse