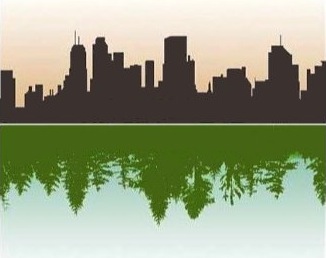 Put these things together — a tone of hopelessness in the mainstream progressive media, a largely useless outpouring of outrage in the indymedia, a giving up of citizens on the viability of centralized representative governments, reactionary responses to black swan events instead of constructive ones, the ratcheting up of existing systems to prolong the period before tipping points, and a naivete about the powerlessness of even the most powerful in modern complex systems — and what do we have?

In his book Beginning Again, David Ehrenfeld describes our civilization as a ragged flywheel, over-built, patched and rusty, spinning faster and faster and beginning to rattle and moan. He describes its coming apart in chilling terms:

That, I think, is what is happening here.

The corollary to Pollard’s Law is: Things happen for a reason. If you want to change things, first understand what that reason is.

So what is the reason that, despite millions of people being aware that the “flywheel” of our civilization is starting to come apart, and wanting to change it, we seem unable to do so?

I believe the reason that all human civilizations have crumbled is that the qualities of our species that produce civilizations are precisely the qualities that make them unsustainable. We have those qualities because they — notably our exceptional intelligence and exceptional ferocity — have been an evolutionary success story. Intelligent species that are not ferocious (perhaps including Bonobos and Neanderthals) have been unable to adapt to the niches that humans have. They were, I think, not up to the violence towards the rest of nature, and towards each other, that was needed to survive in places they were not biologically equipped to live.

We admire and reward both ambitiousness and ferocity, so it should be no surprise that the most ambitious and fiercest of us have dominated the gene pool. We admire winners. Our myths, in literature and film, are overwhelmingly about people with the determination and ferocity to overcome incredible adversity, to defeat those more powerful, to tame wild lands. That ferocity, I believe, is fed by our inherent assertiveness. Women love, and have children with, men who are assertive, powerful, “successful” at having and doing more, so the propensity is reinforced and carried on.

At the same time, our ambitiousness is driven by our intelligence, our realization of what is possible. We aspire to be more than we are and have more than we have. We want to build, to create, to “develop”. When we imagine something, we want to realize it.

When there were only a few intelligent (and hence ambitious), assertive (and hence fierce) members of our species, there was room in Earth’s laboratory for their excesses. But as they “succeeded”, they grew in numbers and impact, overcoming natural balances and constraints, and finally created a civilization embodying this ambition and ferocity — the industrial growth civilization that has, since its beginning, been catapulting us towards the sixth great extinction on our planet, and the first “caused” by a living creature. Our world is now exhausted, overcrowded with humans and our decaying artifacts, and taxed to the point we are all suffering from stress-related physical and mental illnesses.

As we begin to realize this, our tendency is to think that the way out of the excesses and crises of industrial growth is, not surprisingly, more of the same. If our intelligence and ingenuity have gotten us into this mess, perhaps technology and innovation can get us out of it? If ferocity and assertiveness have created the problem, perhaps great collective determination, hard work under some brilliant and inspiring leader, and if necessary violent subjugation of those not doing their share, is the answer? And both progressives and reactionaries see centralization — globalizing and making even more “efficient” what we are already doing — as the means to make things better, though for progressives it is globalizing and centralizing “rights” and social services, while for reactionaries it is globalizing and centralizing the military and industry.

Einstein famously said that you cannot solve a problem with the same kind of thinking that gave rise to it. But that is the kind of thinking that the vast majority of people have, thanks to natural selection, and there are no levers of power that will allow a small minority with some different kind of thinking to prevail over the majority, not for long anyway, and not enough — there is, after all, no one in control of our industrial growth civilization, no switch that anyone can flip to stop it.

Most people find the above analysis terribly defeatist and pessimistic. Since I read John Gray’s Straw Dogs, however, I have found this realization liberating. “We cannot save the world”, Gray says, “and happily it doesn’t need saving… Homo rapiens is only one of very many species, and not obviously worth preserving. Later or sooner, it will become extinct. When it is gone Earth will recover. Long after the last traces of the human animal have disappeared, many of the species it is bent on destroying will still be around, along with others that have yet to spring up. The Earth will forget mankind. The play of life will go on.”

So what, if anything, should we do, now that our creaking and unsustainable industrial civilization is beginning to fly apart?

I think it depends on what you’re good at, and what you have passion for. There is a need for rear-guard actions to mitigate what Ehrenfeld calls the “desperate ruthless struggles over the wealth that remains” and “the last great violation of nature.” There is a need for reskilling ourselves and our children and grandchildren with the essential capacities needed to make it through the difficult transition to a post-collapse world. There is a need for models, at the community level, of more sustainable and resilient ways to live and make a living.

I don’t have the ferocity (or energy or courage) for the rear-guard actions, the good fight that activists have always fought and will continue to do so until the end. I am open to supporting them, however, with my imagination and my writing ability, if they think that would be of use. I am working slowly to learn or relearn some essential capacities so that I will be less helpless as our civilization faces the crises ahead. And while I’m not sure I have the patience (or collaborative ability) to help build real-world models of more resilient local community, I am exploring ways to combine my gifts for writing and imagining possibilities in some unique ways (games, visions, simulations?) that might help others cope better, or see their way through these crises better. As I wrote recently, I think the key to resilience will be our ability, in the moment, to imagine ways around the crises we cannot prevent, predict or plan for, and I think I can help with that, at least at the local level.

There’s something happening here, and it’s the beginning of the end. The signs are everywhere. There is no reason to celebrate (it is going to be a hard ride, and there will be no Rapture, no collective consciousness rising, no deus ex machina invention, or other form of salvation). And there is no reason to despair. We were unable to change, so now change is being imposed on us.

Sproing. There goes a chunk.

11 Responses to There’s Something Happening Here…