The Dangers of Scientism and the Fear of the Unknowable 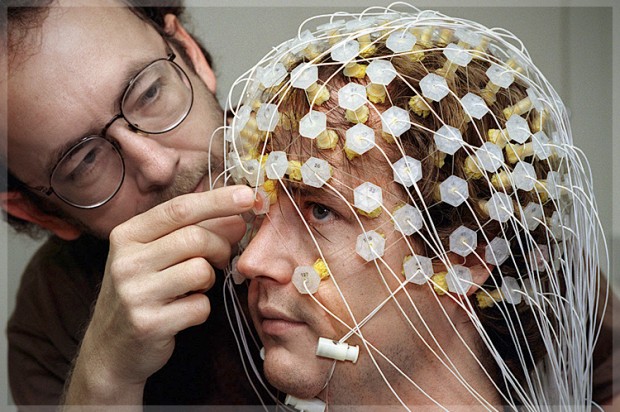 Photo of brain-imaging from Reuters

Curtis White, like me a student of modern culture and a self-avowed atheist, is probably best known to readers of this blog for his environmental writing in Orion magazine. He has a new book, The Science Delusion, and its heretical message is a warning against a dogma that he argues is as dangerous to our 21st century culture as that of the religious fanatics who tortured and silenced Galileo and other leading thinkers in the 16th century.

The book takes on a whole horde of fervent adherents to scientism, technophilia, the myth of ‘progress’ and simplistic ‘theories of everything’. It courageously deconstructs the ludicrous arguments of the “new athiests” (Dawkins, Hitchens, Hawking et al), the dumb-it-down science ‘journalists’ and pop neuroscience cultists (Jonah Lehrer, Damasio, Seung, Huxley, Pinker, Florida, many marketing ‘gurus’ and linguists, and many of the TEDTalk performers). The collective message of these groups is, in White’s words: “The human mind is a machine of flesh, neurons and chemicals; with enough money and computing power the jigsaw puzzle of the brain will be completed, and we will know what we are and how we should act”.

This is a zealous and often vindictive cohort he’s up against. They have attacked anyone who dares oppose their ideology as “perpetrators of pseudo-science”, including some of the most brilliant scientific thinkers of our time like Stephen J Gould and Richard Lewontin, and they have dismissed, often without having bothered to read it, most philosophy as passé, and the arts (especially poetry) as irrelevant and trivial. They have also worked to discredit and censor proponents of any ‘popular’ ideas, no matter how promising or novel, that cannot be validated beyond doubt using current ‘scientific’ measures and processes.

White’s argument is that none of this is new: Just as 16th century astronomers who attempted to introduce a distressing complexity to geocentric religions were attacked and locked up as heretics, and the (still-misunderstood) 18th century Romanticists who attempted to create a secular dialectic accommodating both the (then new) rigid science of Newton and Descartes and the ‘non-scientific’ knowledge of many philosophers and artists of the time were dismissed as, well, hopeless romantics, so too are thinkers today who attempt to accommodate ‘non-scientific’ thinking in a more holistic worldview and explanation of how the world really works being excoriated by the absolutists of scientism.

Science is, after all, nothing more than the creation of approximate, limited and ever-changing models and metaphors of some aspects of reality, that are often interesting and sometimes (enormously) useful. As such, scientism makes a pathetic religion. But in the 21st century, we want to believe, and the promise of mathematical certainty and absolute knowledge of everything, which underlies the new cult of scientism and feeds off the intolerance (even loathing) we humans have for complexity and for the unknowability of most of reality, is as comforting to the bewildered and anxious minds of today as the old absolutist religions were to those who couldn’t fathom or accept the terrible new, seemingly-unarguable ‘knowledge’ of previous centuries.

The consequence of the new scientism dogma goes far beyond the censorship and dismissal of more creative and open inquiry; as it reinforces the equally rigid, simplistic and reductionist political, social and economic dogma of our culture, it becomes a force for tyranny, as White explains:

Any science that denies these realities [the randomness, guesswork and inherent imprecision of human inquiry and understanding] and insists on its certainties is morally dangerous, especially if it also aligns its ideology of certainty with the ruling ideology of the political state (as it has substantially done). When science flatters itself that it is the last man standing—philosophy dead, imagination dead, and art for entertainment only—it becomes its own enemy. It then puts on the mask of power, grim as the face of Bellarmine explaining to Galileo the particulars of his predicament while sitting in a room with instruments of torture. It is because of these concerns that [neo-Romantics like Morse] Peckham and [Jacob] Bronowski insist that science must come to see itself in the artist, and the two should together make common cause against dogma and social regimentation.

Without this collaboration with art in the name of the random (or the dynamic), science is doomed to moral sterility, or to a nihilism that asserts that there are no values (this is Alex Rosenberg’s position), or to groundless values such as “the only value, the only morality, is that which enhances biological homeostasis or the survival of the species genome.” In other words, the only value is whatever lends itself to the survival of a scrap of germ plasm. To which one should object, “Well, what’s the good of surviving, then? Must I think of myself as the moral equivalent of a virus?” In this view of things, DNA is merely a sort of parasite that builds its own host.

Our language does not make White’s task easy, and his ‘arguments’ for an accommodating, neo-Romantic revival tend as a result to be somewhat poetic, which will certainly infuriate and inflame his critics, but which I find (damned complexity- and unknowability-lover that I am) quite engaging. Example: “For an artist, entropy is not a matter of mechanics; it is an invitation to play, to join with the universe’s love affair with the random.”

White has some allies, such as BBC documentary writer Adam Curtis who concludes his anti-mechanical alarm call with this:

This is the story of how our modern scientific idea of nature, the self-regulating ecosystem, is actually a machine fantasy. It has little to do with the real complexity of nature. It is based on cybernetic ideas that were projected on to nature in the 1950s by ambitious scientists. A static machine theory of order that sees humans, and everything else on the planet, as components—cogs—in a system.

And another new book, Brainwashed: The Seductive Appeal of Mindless Neuroscience” by Sally Satel and Scott O. Lilienfeld assails the insanely simplistic extrapolations of brain imaging, as if they can somehow represent, or even ‘be’, our thoughts, personality, or behaviour.

If you doubt how scientific orthodoxy can become utterly blind to alternative ideas and evidence, read this article about a Harvard Chair who so distorted research about obesity and so savagely attacked researchers whose data diverged from that orthodoxy, that he was recently publicly rebuked by the journal Nature.

Or read the thoughtless, preposterous (and full of factual errors) ‘popular’ answers to this Quora question about whether language is necessary for thought. Are so many supposedly-educated people so devoid of critical thinking capacity and imagination that they really believe that these answers, many from scientists and PhDs, have any credibility at all?

White’s warning is important, and most of today’s philosophers, complex thinkers, artists and poets are silent on the dangers of scientism, and in any case have been drowned out by the righteous and fierce cacophony of the scientism ideologues. Capitalists and corporatists with their fraudulent calls for unregulated “free markets”, politicians who justify the atrocity of new technologies of total surveillance, endless war and murder-by-drone as necessary, and other members of the military-industrial establishment who see geoengineering, fracking, exploitation of the arctic and the continued war on nature as signs of ‘progress’, are among the apologists and cheerleaders for the scientism absolutists, and their collective power to doom our civilization to simplistic and reality-defying magical thinking needs to be fiercely challenged. White has at least thrown down the gauntlet.

It remains to be seen whether, in our complexity-loathing, homogenized, overly-busy and dumbed-down modern culture, anyone will care to join him. The tools for doing so, he says, include play, the embrace of dissonance and ambiguity and uncertainty, unabashed story-telling, rebellion, distrust of authority and power, and the audacity to challenge everything we’re told.

And, perhaps, the courage to face this century’s version of the Inquisition (complete with waterboarding, force-feeding, extraordinary renditioning, militarized ‘security’ forces, big data, the drones of surveillance and murder — and the opprobrium of the narrow-minded ideologues of scientism, capitalism, ‘anti-terrorism’, positivism, and enforced optimism) — if we dare to do so.