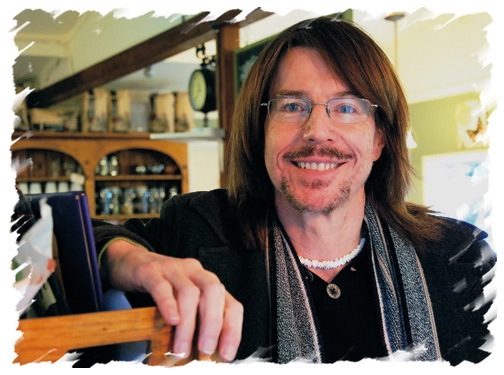 ABOUT DAVE POLLARD (dave.pollard@gmail.com) AND HOW TO SAVE THE WORLD

This blog has evolved, since I began it in early 2003, to become the journal of my learning about how the world really works, and my search for a better way to live and make a living. In recent years, it has also become a chronicle of civilization’s collapse, and of my struggle to find what I should do in response to that collapse. When I began writing it, I was a believer in our collective capacity to ‘save’ the world from that collapse. I now believe that our global industrial growth culture is unsustainable and is very quickly desolating our planet, and its collapse is natural and inevitable. While I continue to support radical ‘deep green’ activists, I am no longer one myself. I believe that our attempts to significantly change or reform complex systems are ultimately futile (due to Jevons Paradox etc.) and I believe that while the collapse now underway will be gradual, lasting the rest of this century, and punctuated, it will ultimately be total. What will be left, besides a devastated and exhausted planet, will be a much smaller (and thereafter declining) human population, struggling to relearn how to live healthy, sustainable, resilient lives in local self-sufficient communities. The rest of life on Earth will recover and do just fine without us.

I have also been exploring, in parallel, who we human ‘individuals’ really are, in the belief that self-knowledge and self-awareness are essential elements of a healthy and useful life. I have concluded that our concept of self is illusory, a figment of reality, and that ‘we’ are really just collectives of the cells and organs that make up our bodies, now fighting for control of our ‘minds’ (which our organs evolved for their benefit to better coordinate information and mobility) with our civilization culture, a culture which is desperate to perpetuate itself despite its fatal and tragic failures and its utter unsustainability. Our futile attempts to control and manage our ‘selves’ amidst this conflict, and the endless stress and violence we face in our horrifically overpopulated, overcrowded civilization have combined to make us all mentally and physically ill, further increasing the destructiveness and dysfunction of our culture.

So in 2010, after 40 years trying to work within the industrial growth society, I resigned from it. During that 40 years I advised entrepreneurs about starting and running a business, innovation, research, sustainability, coping with complexity, and the effective use of knowledge and social media, and in 2007 authored my first book, Finding the Sweet Spot: A Natural Entrepreneur’s Guide to Responsible, Sustainable, Joyful Work. In retrospect, that 40 years was mostly wasted time.

I was born in 1951, have lived most of my life in various parts of Canada, was married for 27 years to a woman I remain on good terms with, and have two wonderful step-children and four grandchildren I am very proud of. Since quitting paid work and moving to Bowen Island BC in 2010, I’ve become involved with the local Intentional Community and Transition movements, the Dark Mountain collective of artists writing about and portraying the final years of our civilization, and an international group developing novel tools and games to help groups improve their collaborative and communication processes. My writing is shifting from expository blog posts (what else is there to say?) to creative writing, including music, poetry, theatre, film and game creation. These are forms of play. Once I gave up the hubristic belief we could ‘save the world’ I realized the real implication of Darwin’s theory and of Gaia theory: Our purpose on this planet is to play, responsibly, sustainably, lovingly, joyfully, with each other, as part of all-life-on-Earth. To have fun. Now, at last, that is what I do.

I am a hedonist, poly and vegan. I am deschooled, unspiritual, and comfortably retired (from paid work). I have evolved two ‘laws’ to capture the most important things I have learned about our species and our world:

Pollard’s Law of Human Behaviour: We do what we must (our personal, unavoidable imperatives of the moment), then we do what’s easy, and then we do what’s fun. There is never time left for things that are merely important.

Pollard’s Law of Complexity: Things are the way they are for a reason. If you want to change something, it helps to know that reason. If that reason is complex, success at changing it is unlikely, and adapting to it is probably a better strategy.

I believe the key to resilience in the coming decades will be our ability, in the moment, to imagine ways around the crises we cannot prevent, predict or plan for. Practicing that capacity is a form of play, too.